You are here: Home / Design Portfolio / NationBuilder web design for Wolmar for London 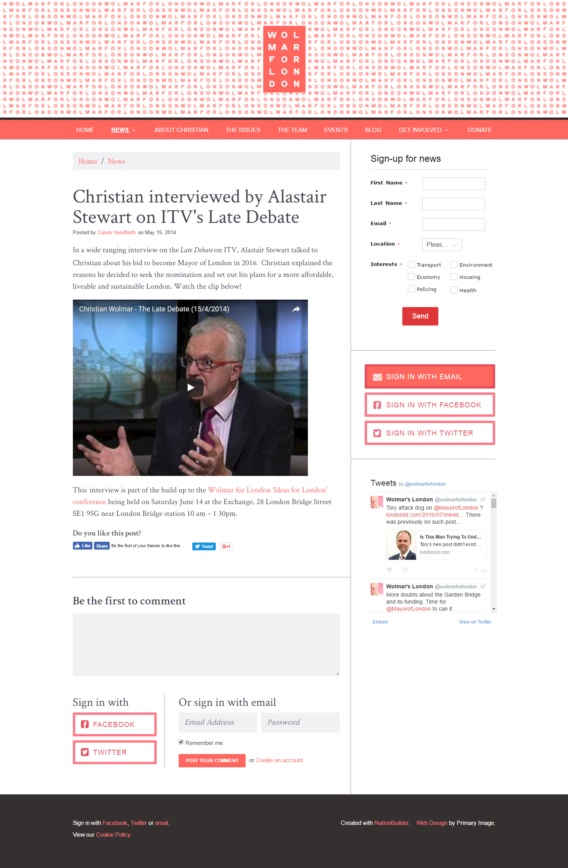 Primary Image created a NationBuilder web design for the ‘Wolmar for London’ political campaign team in May 2014.

Christian Wolmar was running to be the Labour Party’s candidate for Mayor of London in the 2016 elections. The Labour Party eventually selected their candidate Sadiq Khan in summer 2015. 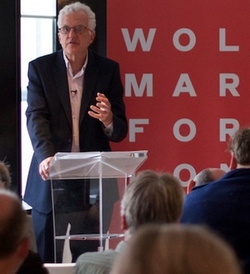 The Wolmar for London campaign team asked Primary Image to customise an existing NationBuilder template to suit their requirements. This work included: using their branding and colour scheme; changing the base layout and formatting; bespoke programming to create a custom events page; and transitioning content and over 50 blogs from the campaign’s previous website.

NationBuilder is a specialist platform purposely designed for online campaigns and fundraising activities. It closely integrates social media functions and analysis into the heart of the website, offering a powerful CRM (Customer Relationship Management) system.

The Wolmar for London website was fully hosted on NationBuilder’s own servers, which is paid for on a monthly subscription basis.

As well as the NationBuilder web design work, Primary Image also provided support and assistance to the team to get their NationBuilder account setup, such as integrating online donations into the site, setting up a contact form, and importing their list of existing contacts to the campaign’s email newsletter system.

We also setup a custom Google Analytics dashboard for visitor stats reporting, which was emailed as a PDF once per week to the campaign team to track their website’s performance.

Our Primary Image team are experienced in working on political campaign projects, such as a recent website design for Conservative councillor Chris Loder. Contact us if we can help you!