You are here: Home / Design Portfolio / Web design for the Young Railway Professionals (2010) 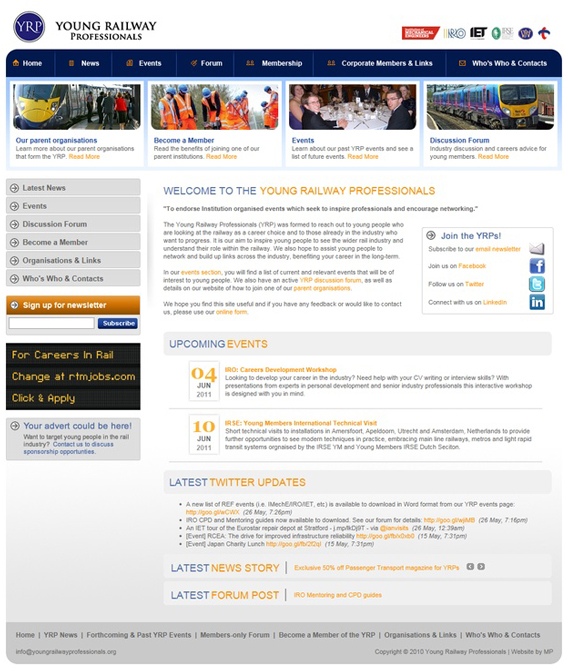 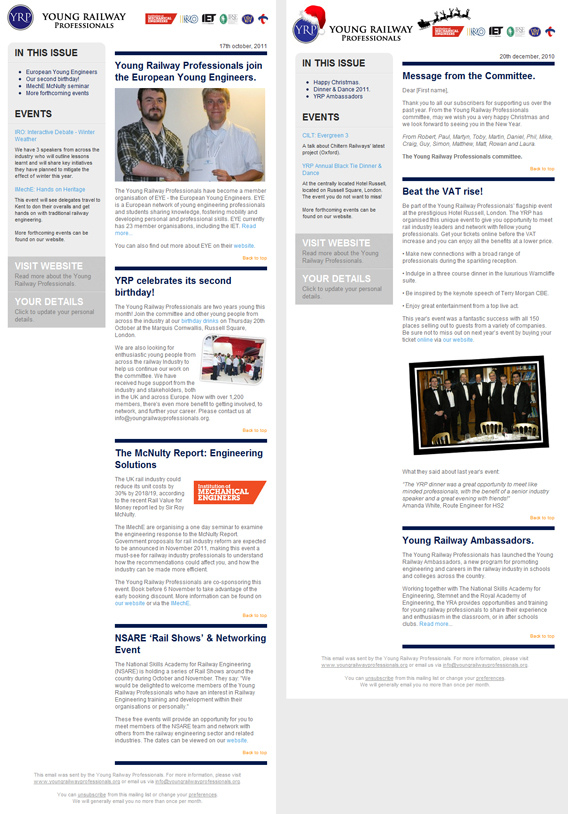 The Young Railway Professionals (YRP) hold regular networking events for young people in the rail industry. We designed this website at the start of 2010 for the organisation’s launch, which included a members’ discussion forum and a built-in email newsletter facility.

The site was integrated with Facebook, Twitter and LinkedIn, so that events and news items posted on the website were automatically published to these social networks at the same time. Soon after launch, the YRP were receiving 10,000 visitors per month.

We also created a custom HTML newsletter template and sent out their regular e-newsletters, which was managed through a dedicated mailing list facility. Users could subscribe and unsubscribe themselves, plus the YRP could measure the success of each mail-out by using the tracking mechanism (e.g. number of email opens). Emails were personalised with the first name of each subscriber. Two examples of the newsletter design are shown on this page.

In late 2012, the YRP had evolved and they decided to create a brand-new website to meet their growing needs, with more emphasis on online networking. We were delighted that Primary Image was chosen to create their new site, which replaced the one pictured here, and you can read more about this in our portfolio. The new site built on the discussion forum found in this original website, but went much further with its social networking features.