You are here: Home / Design Portfolio / Web design for a freelance editor

Web design for a freelance editor 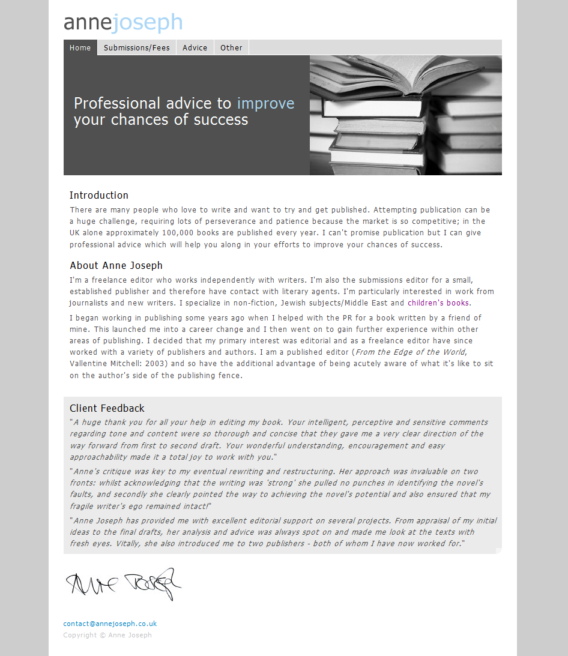 Ok, this was a web design done a very long time ago, but it’s still one we like!

Anne Joseph was a freelance editor and journalist who approached our designer Mike in 2007.

She wanted a small and simple website to advertise her editorial and copywriting services.

She has written for many titles, including The Guardian and Time Out magazine. Mike had also worked with Anne previously in her role with Haus Publishing, where he designed the publisher’s website.

Mike created this four-page site, which was purposely designed to have a friendly and personal touch, with online payment buttons included for the convenience of her clients.

Anne later had this template incorporated into a content management system (CMS), meaning she could easily edit the website’s content herself, without needing to edit the HTML directly.

Whilst the design is a decade old, it’s still got a nice style to it, which shows that a good design does last. Not many other website designs would show same thing!