You are here: Home / News & Blog / Internal Comms / What we learnt at WordCamp London 2017

What we learnt at WordCamp London 2017

WordPress is the software we use here at Primary Image to create our customers’ websites. It powers almost 30% of all websites in the world.

One of the challenges we face as web professionals is that our skills have to be kept up-to-date in a constantly changing world, whether it be changes with WordPress itself, our server software, in SEO, using social media, etc.

Therefore, we take every opportunity to keep our skills sharp, and we’ve been lucky to attend five WordPress events in London already this year. 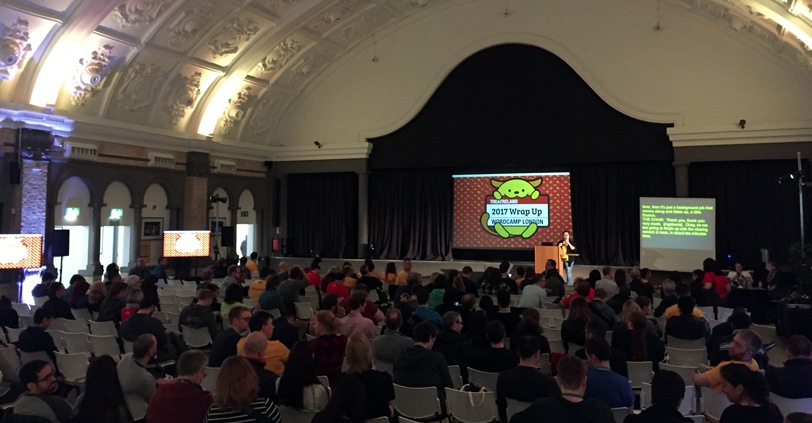 This past weekend we attended WordCamp London 2017, the UK’s largest conference for WordPress professionals and users. Taking place over two days (18/19th March 2017), there were almost 40 different sessions, across three tracks.

Encryption for the web

Chris Wiegman gave excellent advice on keeping yourself secure on the internet. No matter how secure your website, Chris says it’s only as secure as how you store your passwords. This includes your email account, where password reset links are sent.

Chris is also the creator of the one of the most popular WordPress security plugins, used on around 800,000 websites. We were fortunate to have an in-depth chat with Chris later in the day, discussing some of the measures we use at Primary Image, and were grateful of the expert advice he shared with us. 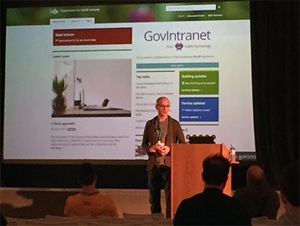 As we’ve developed intranet sites ourselves, we were particularly interested in Luke Oatham’s talk about how he built GovIntranet. Intranets are internal websites, typically used by large companies and organisations to share news, documents and general information amongst their staff.

GovIntranet was originally paid by and built for the Department for Culture, Media and Sport to their own brief. Interestingly, they had no objection to the system being used by others. So the code was released as an open source project in April 2013, allowing others to re-use, contribute and improve the product.

The system is heavily inspired on the Gov.uk website, with information presented in a very simple way, ensuring users can find everything quickly.

Today, GovIntranet is used by tens of thousands of users around the world, including government departments and councils. Any new development needed by clients is paid for by them, but then available to all the other clients, meaning all GovIntranet users benefit. This seems a fantastic model!

Why The Sun uses WordPress 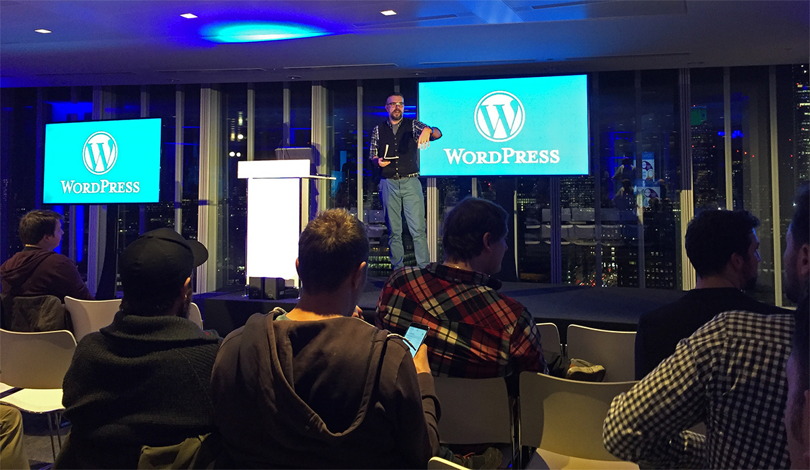 WordCamp London wasn’t the only WordPress-related event we’ve been to lately. In January, Primary Image was invited to the News Corp offices at London Bridge, home of The Sun and The Times.

The Sun newspaper decided to scrap its paywall at the end of 2015, seen as a failed approach, and its technical head says the old website was bogged down with a “clunky” interface. News Corp needed a new platform.

News Corp decided to move to WordPress, which offered a proven and stable website platform for The Sun to move onto. With their new WordPress site, they can publish quicker, have a better workflow within their team of editors, and can add new features fairly inexpensively.

Within months, The Sun now clocks up over 35 million visitors a month, which proves WordPress can easily handle large volume websites.

And finally, at WP Hooked, Warren Moore talked about moving websites from other platforms to WordPress.

Warren tried to describe how another (non-WordPress) website editing software works. I think this picture sums it up nicely! 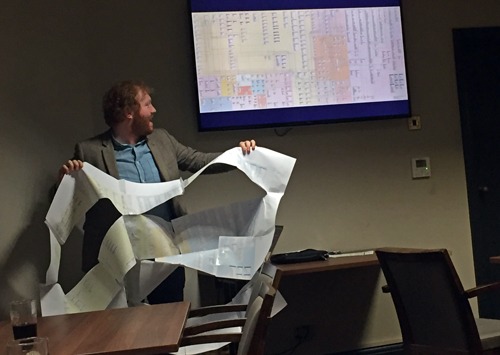 Hi Mike! It was great meeting y’all. Hopefully I’ll catch ya at another WordCamp at some point.