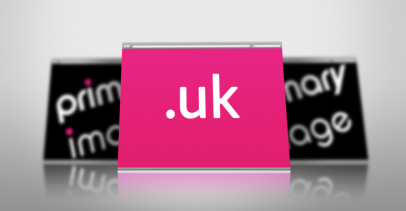 Just days after we covered the forthcoming launch of the .london domain names, it’s been announced this morning that a shorter .uk domain name is also coming to the internet in 2014.

Earlier this year the .uk idea was shelved after concerns were raised that users would be too confused with the .co.uk suffix, but today Nominet (the UK domain name authority) unexpectedly reversed this decision and unveiled plans to launch .uk domains next summer.

There are some key points in the statement:

Nominet say that these rules mean that businesses can gradually move over to the .uk domain name over the next five years, if they so choose, as they naturally update their marketing materials, such as replacing signage and replenishing stationary.

This is a great deal for small businesses and means the transition from .co.uk domains to the new, shorter .uk domains will be relatively straightforward for most companies. Nominet should be applauded for holding the names for existing .co.uk registrants, so there won’t be a land rush for sought-after domain names. However, today’s announcement does not answer the crucial issue for new businesses that it’s getting harder to register short and memorable domain names – a large number of domain names are bought by speculators, meaning that genuine businesses have to resort to less desirable domain names.

Interestingly, a few organisations (very few in fact!) already have a .uk domain name. For instance the British Library has www.british-library.uk and that’s because these were permitted registrations in the very early days of the web!

We have only been told Summer 2014 at the moment, however an announcement will be made by February with a definitive launch date. Contact us if you’re interested in a .uk domain name and we’ll keep you informed, or subscribe to our occasional newsletter!

* This article is based on our best understanding from today’s news from Nominet, however the details and fees are still subject to change. We expect more information on the formalities and registration process will be announced closer to when the new .uk domain names formally go on sale.

Also see our article on the new .london domain names.