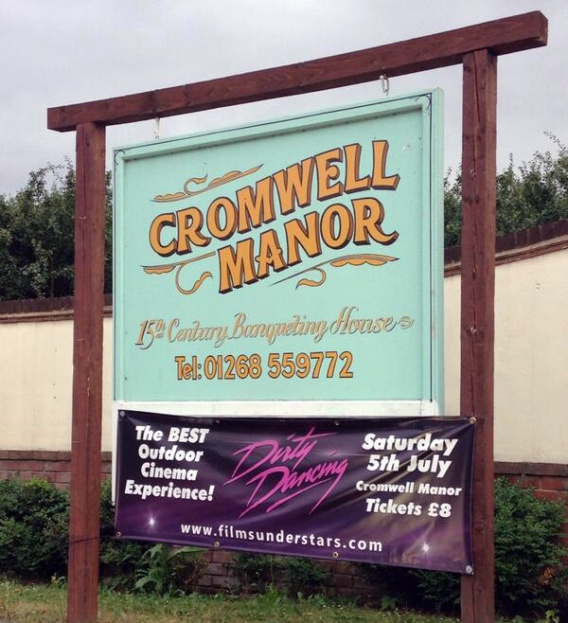 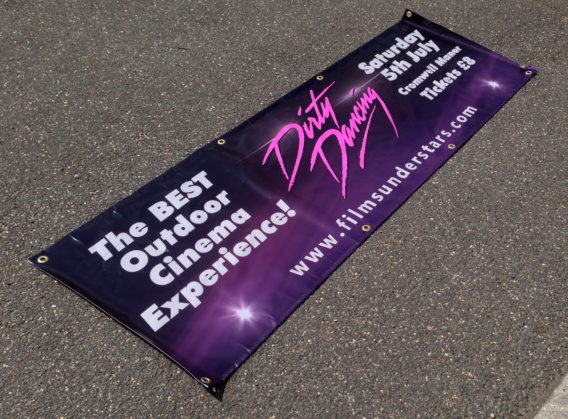 Cromwell Manor needed the PVC banners to promote their outdoor screening of Dirty Dancing and wanted Primary Image to create some artwork that was clear and high-contrast, allowing the banners to be seen by passers-by.

The banners were produced on heavy-duty 550gsm PVC, with strong hems and eyelets incorporated to withstand the toughest of British weather! Each of the banners measured 2ft by 6ft and special ink was used to help protect the design from fading in the sun.

The outdoor banners were produced and delivered by ourselves to Cromwell Manor within a week of the artwork being signed-off.

The PVC banners were displayed on Pitsea Hall Road, near to the train station, for maximum visibility by those passing the venue.

Over the summer, various outdoor cinema screenings were held at the venue in a series of events organised by Films Under Stars.

Cromwell Manor is a luxury 15th century manor house set in 23 acres of park, located in Pitsea, South Essex, and close to Benfleet and Basildon. The venue regular caters for weddings, business meetings and parties.