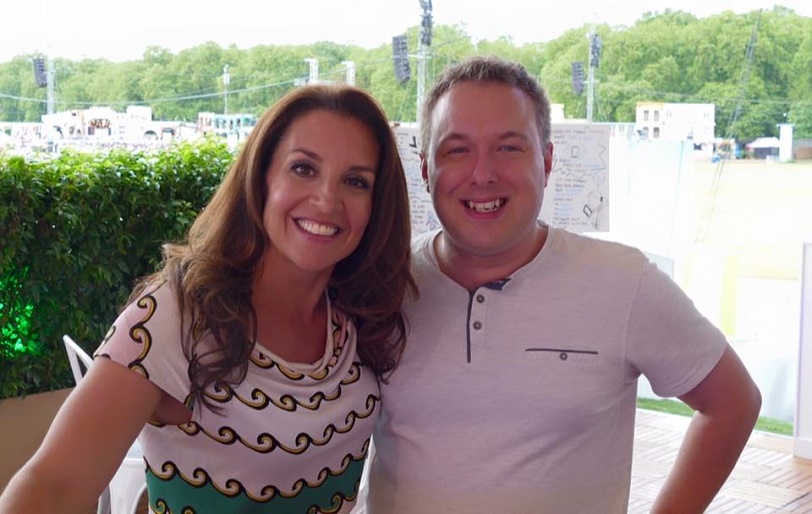 One of my favourite TV programmes – Dragons’ Den – is back tonight for a brand-new series.

Earlier this month I had a chat with Dragons’ Den investor Sarah Willingham at the Barclaycard Small Business Summit, held in Hyde Park.  She runs a multi-million pound business empire with her husband.

Sarah had just finished filming and said it was an exhausting schedule, involving very long days.  She said it wasn’t uncommon for pitches to last several hours and only a selection make it onto the telly, so it’s no wonder the Dragons’ patience sometimes wears a bit thin after many hours of filming!

Asked what is the one thing she couldn’t live without, she said it was her Outlook calendar!  Sarah said her life relies on a well planned diary, so having it synchronised with her smartphone, as well as sharing calendar access with her husband, means they both know what they’re doing, helps them plan childcare, and ensures they schedule in regular family time.

Sarah also offered some advice to small businesses attending the summit during a Q&A session.  She stressed the importance of innovating all the time, as your customers are continually seeing new things and you can’t stand still.  She said she loves companies like Google, who experiment with new ideas and they’re creating the future.

I also, quite unexpectedly, joined Sarah when we got hoisted 100ft up in the air … by a crane!

The new series of Dragons’ Den is on BBC2 on Sunday evenings.